Many people own a portable gasoline or diesel generator as a backup for those unpredictable power outages.

And that’s a great idea, given the multitude of freak rainstorms, hurricanes, and other disasters occurring in the recent few years.

But while a portable generator may be enough to power up some basics, you may not want to connect your more sensitive electronics, such as mobile phones, laptops, LCD panels, and PCs.

This is because the power from portable generators is usually ‘dirty.’

In this article, we take a look at how to recognize the signs of unstable power, and how to make portable generator power clean for your devices.

Dirty power is a form of electrical pollution, the end result of which can mean severe damage to the more sensitive appliances in your household.

It is basically an abnormality in the quality of electricity being supplied by your electrical system, whatever it may be.

Usually, even your city’s electrical grid will not supply electricity at a constant voltage. Up to 10% variation may occur as the load on the grid changes, which is considered normal.

Most home electrical appliances are designed to handle that fluctuation comfortably.

With generators, clean power is often defined in terms of THD, or total harmonic distortion.

When a generator produces AC power, it is never a pure sine wave. There are always distortions of some kind, and these are described in terms of THD.

In short, the lower the THD, the cleaner (and more steady) the power supply of a generator is.

How Clean Is The Power From a Generator?

How clean the power of a generator is will determine whether you can safely use your more delicate electronic appliances on it or not.

Since power cleanliness is described in THD, look out for the THD rating on your generator.

Most Generators are ‘Clean Enough’

To figure out just how clean or dirty a generator’s power output is, take a look at its THD rating. The better quality ones will have it at about 6%, but it can go as high as 10% with some models.

For comparison, electrical grids usually supply power at 5% THD. Your appliances are designed to tolerate this and will have no problem running on it.

Up to 6% THD is still okay. But anything above that, and you’re running a risk with your sensitive stuff.

So if your generator is rated 6% THD (and actually functions as stated), you should be fine.

But for anything above that, the power is too dirty to use on the sensitive stuff safely, and it’s best to clean it up.

If your power is dirty, you’ll know it right away. Common signs that your power source is not stable include:

So if you see any of the above happenings when you turn on your generator, it’s best to fix the problem before you lose a fortune in electrical appliances.

How To Make Portable Generator Power Clean and Smooth?

If you have already invested in a generator, you likely don’t want to be spending another few thousand dollars buying a new, better-quality one.

Luckily, there are some tricks to stabilize your generator power before it gets to your equipment.

UPS, or Uninterruptible Power Supply, is basically a battery backup. A UPS unit will provide backup power if the supply source fails for some reason, or if the voltage becomes unacceptable.

The design and size of a UPS will determine how long it can supply backup once the power source becomes unavailable.

There are 2 common types of UPS units:

Standby UPS units are by far the most common and the cheapest. These resort to backup power as soon as they detect a problem in the power supply, such as a voltage surge or sag.

These units are conditioned to support a frequency of 60hz and will treat anything outside of that as an anomaly, switching to backup power.

A standby UPS unit does not have the technology to correct the power supply problem, so it is not the best option if its intended use is to clean up generator power.

At best, it will prevent damage to your electronics if an otherwise stable generator goes faulty.

If you’re looking to buy this type of unit, you can’t go wrong with this one.

Line-interactive UPS units include technology to correct minor power fluctuations and are a better alternative than simple standby units.

They incorporate an autotransformer to regulate ‘brownouts’ (low voltages) and ‘swells’ (overvoltage) without resorting to the battery.

When selecting a line-interactive UPS, make sure to get one that will support your generator’s power output.

There are plenty of good UPS units on the market, and it shouldn’t be too hard to find one that works for your setup.

Looking for a recommendation? I recommend this unit on Amazon. It supports 10 outlets and has a lot of positive feedbacks from real users.

A surge protector is a device designed to protect electrical appliances from sudden voltage spikes.

Also known as spike suppressors, they are a safety mechanism installed to automatically shut off the power supply to electronics when the voltage goes above acceptable.

This is only a good option if your generator is generally a good one and produces 6% THD or less.

A surge protector is only useful if you have a generally stable power output from your generator, but want to protect against damage in case the generator goes faulty.

If cleaning up your conventional portable generator power is becoming too much of a hassle, an inverter generator may be a simpler approach.

Inverter generators don’t run at a constant, steady output. Instead, they electronically throttle the engine up or down to meet the demand for power.

Inverter generators produce AC, just like conventional ones, but then convert it to DC and further smoothen it with capacitors. The clean DC is then converted into (clean) AC for compatibility.

It also has a couple more advantages:

Read more about the differences between AC and DC generators.

Surge or spike protectors, along with circuit breakers, have their place in protecting your electronics, but they will not do much to stabilize dirty power from your generator.

They’ll simply shut the appliance down.

Inverter generators and more advanced UPS units have some capacity to clean up generator power.

But each has its downsides too, and if you’ve already invested in a conventional generator, you may not want to spend so much more $$ on more tech and installation.

This relatively inexpensive device can help stabilize the power from your generator easily and safely, with no complex installations required.

In simple terms, an AVR is a device that automatically maintains the output terminal voltage of a generator at a set value.

It maintains a stable voltage output under varying operating temperatures and loads on the generator.

An AVR helps to smoothen the output of a generator without first inverting the power to DC.

It reduces the generator’s RPM fluctuations and will produce more consistent power with a lower THD than a standard generator alternator.

When picking out an AVR, check that it is compatible with your generator. The folk working at many generators and related equipment suppliers are usually very willing to help.

Paying them a visit before making a purchase decision can save a lot of trouble later on.

Want my recommendation? I recommend this particular model that is great in smoothing electric signals when running your electronics devices.

It’s an extra expense, true, but investing in a portable generator can save you hours or even days of misery in case of a blackout.

Ironically, you may find losses incurred due to a power outage can cost far more than a simple portable generator would have.

The only problem with many cheaper portable generators is that their power is not clean enough to run sensitive yet important electronics like mobile phones and laptops.

You may be able to run your fridge, heater, and other more tolerant equipment, but not being able to communicate and work is a big problem.

Thankfully, it’s not impossible to clean your generator power up to an acceptable 6% THD. From various UPS units to AVRs, the choice is yours to make depending on your personal needs.

If the budget is not a constraint, you could also opt for an inverter generator. While more expensive, these not only produce cleaner power but are also quieter and more fuel-efficient. 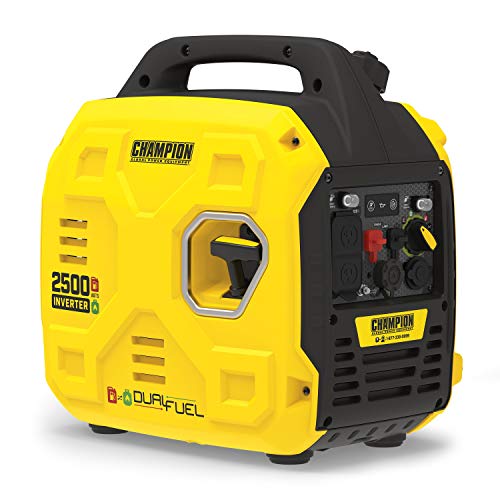 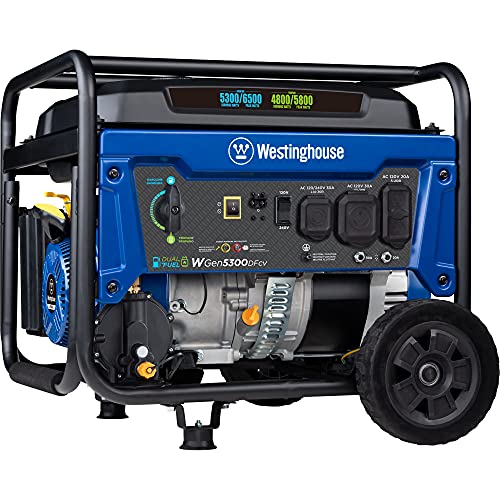